The following comes from the Grand Lodge of Virginia’s website and is meant to provide a brief synopsis of Kilwinning Crosse’s storied history.  You will find more details on our history throughout this site. 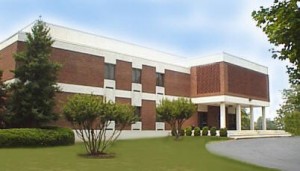 In April of 1754, a Lodge was organized by the eight to ten Masons who had been meeting in the tavern of Dorothy Roy in Port Royal, Virginia. In May of that year, the Lodge made application to Kilwinning Lodge in Scotland for a charter and specified that the Lodge was to be named Kilwinning Port Royal Crosse and that the cost for the charter was not to exceed ten pounds. The charter was received on June 12, 1756, just twenty-five months after it had been requested. It took about four months for some Atlantic crossings at that time. The new Lodge, in the absence of any Grand Lodge of Virginia, adopted nineteen bylaws, covering many topics.

In May of 1777, James Kemp, as representative of Kilwinning Port Royal Crosse Lodge, met with representatives of six other Lodges of Virginia to “formulate reasons for electing a Grand Master.” (James Kemp served as secretary of the group.) Kilwinning Port Royal Crosse was represented on October 13, 1778, when John Blair was chosen the first Grand Master of Masons in Virginia at Williamsburg.

One of the early Masters of this Lodge, Robert Gilchrist, served in that capacity for almost fifteen years, one time for eight years in succession. Gilchrist was active from 1755 to 1784. He was known as a “wheel horse” of the Lodge.

Kilwinning Port Royal Crosse Lodge operated under the original Scottish charter until 1796 when the Virginia charter was delivered. The number two was given by the Grand Lodge of Virginia in 1787, but was not used until the charter was received in 1796 and the name was changed to Port Royal Kilwinning Crosse. In the early days the Worshipful Master was titled “Right Worshipful” and the Wardens were “Worshipful.”

In October 1855 former members of Port Royal Kilwinning Crosse Lodge petitioned the Grand Lodge of Virginia for a dispensation allowing them to resume work. It was granted. The Lodge shared the Number two with Atlantic Lodge, which had been chartered the previous year. The new Kilwinning Crosse Lodge did not work long. It “folded up” about 1859.

In 1902, The Grand Mater of Masons in Virginia approved the bylaws of Kilwinning Crosse Lodge, which allowed the Lodge to use the Numbers 2-237.