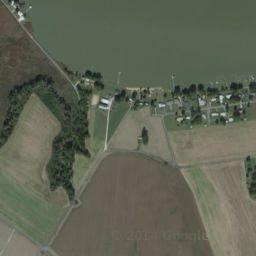 In August 14, 1756, at a Stated Meeting of Kilwinning Port Royal Crosse, Brother Charles Mortimer of Hobbs’ Hole suggested that the journey to Port Royal was inconvenient for many who lived in the region we presently call Tappahannock, Virginia¹.  The master of Kilwinning Crosse, Brother Robert Gilchrist, gave the brethren in Hobbs’ Hole permission to meet with any other legal Freemasons so long as they pursued a charter of their own.

The authority of Kilwinning Crosse to establish such a lodge was allowed through a clause found in many Scottish Charters stating that members from recognized lodges should,

Not desert their said Lodge hereby constituted nor form themselves into separate meetings without the consent and approbation of their Master and Wardens for the time being.

This allowed for the informal meeting of ‘daughter lodges’ whose authority to operate was granted under the charter of an otherwise recognized Scottish Lodge.  Fredericksburg Lodge No. 4 similarly used this clause to establish Botetourt Lodge in Gloucester, VA over a dozen years later on October 10, 1770.

Hobb’s Hole is one of 3 lodges within Virginia that did not participate in the formation of the Grand Lodge³.  This is likely because Hobbs’ Hole never received their own charter and thus would have been operating under the authority of the Worshipful Master and Wardens at Kilwinning Port Royal Crosse.